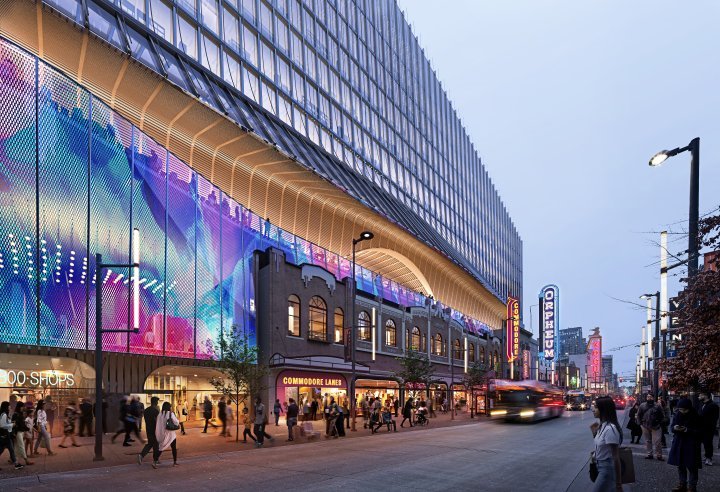 800 Granville Street – Local developer Bonnis Properties and architect Perkins & Will have revealed their proposal to redevelop 800 Granville Street – one of the most historic locations in the city with five buildings of historic significance on this site. The proposed development would include a new office tower, restaurants and retail spaces – forming a kind of bridge over the iconic Commodore Ballroom, Commodore Lanes and the Orpheum Theatre. The developer has spent decades assembling the properties on the east side of the street, with the intention of a ‘trophy site’ redevelopment. This ambitious plan will see a new, modern building adding 377,000 SF of highly-desirable, large office space in a cascading, glass-enclosed structure, 9 storeys on the south end, and 17 storeys on the north. 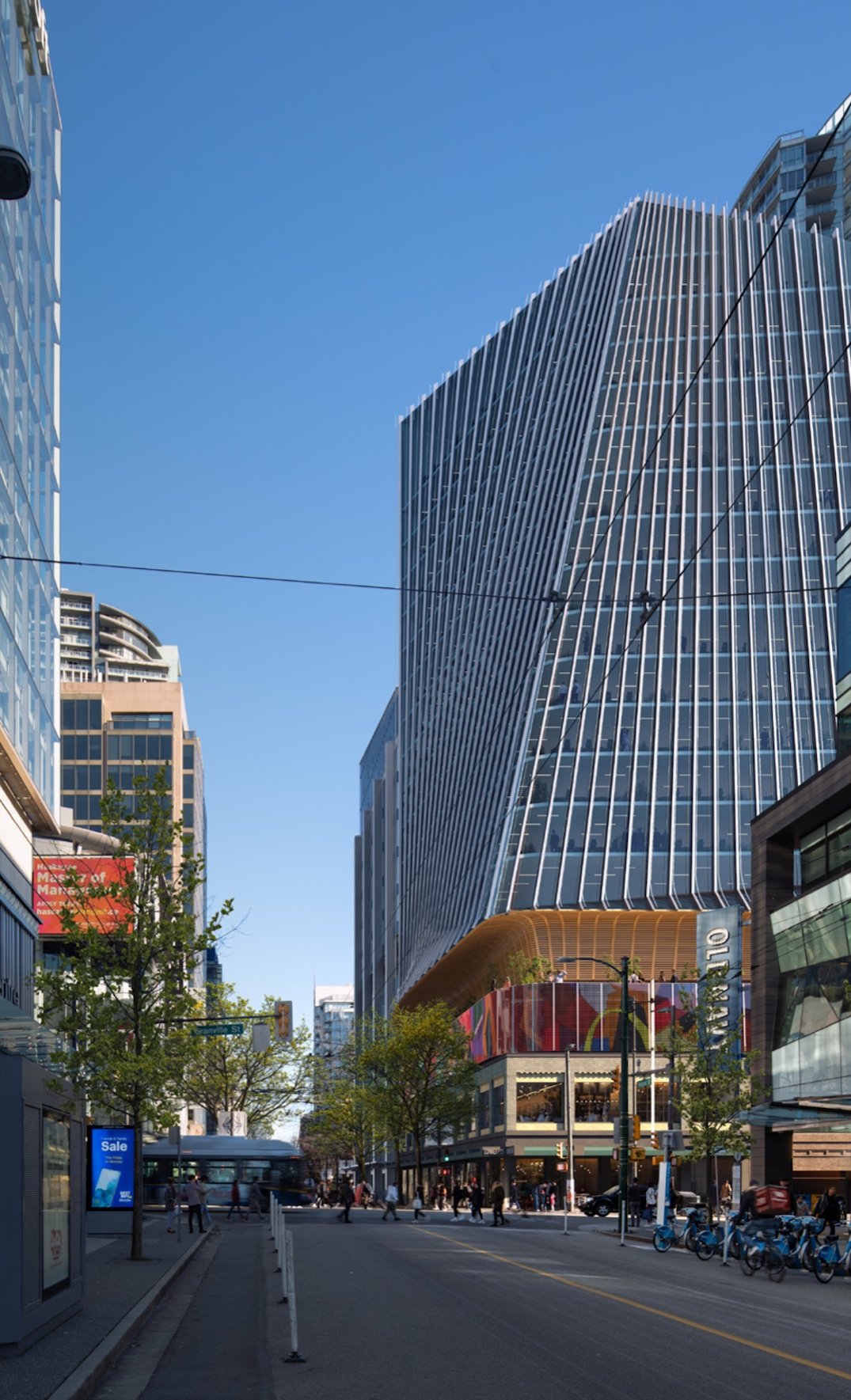 DoubleTree by Hilton – The City of Surrey is in the early stages of reviewing a rezoning application to turn the Pacific Inn Resort in South Surrey into two new hotel buildings and a four-storey convention centre. DoubleTree by Hilton was announced as the hotel’s new post-renovation brand and this has been retained as the brand for this latest redevelopment brand. Preliminary renderings by IBI Group show a contemporary architectural concept via a large covered outdoor plaza, underneath a convention centre space wedged between the two hotel buildings. This hotel redevelopment concept maximizes the large site and takes advantage of the property’s close proximity to the US-Canada border. 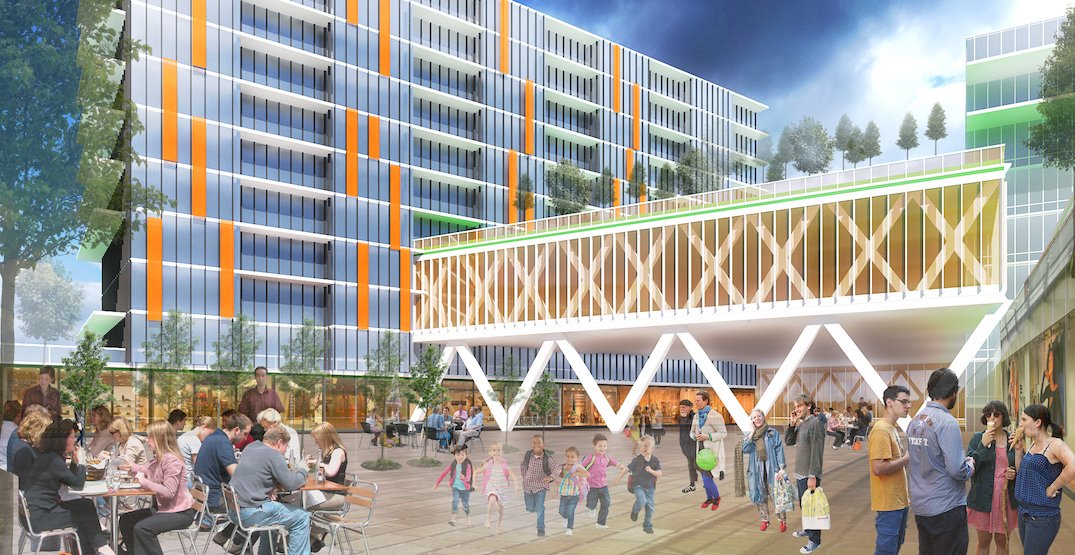 Deloitte Summit tower construction – The current, ongoing construction of the Deloitte Summit office tower has just passed a major milestone. This development has topped out, achieving its full height of 24 storeys (at 301 feet). Developed by Westbank, and developed by Merrick Architecture, the tower’s form is inspired by a Japanese lantern shape, composed of a system of four-storey cubes stacked around a central concrete core. The pace of construction has been relatively quick as the building uses steel for its structure instead of concrete; over 5,000 metric tonnes of steel was raised and fixed into place. 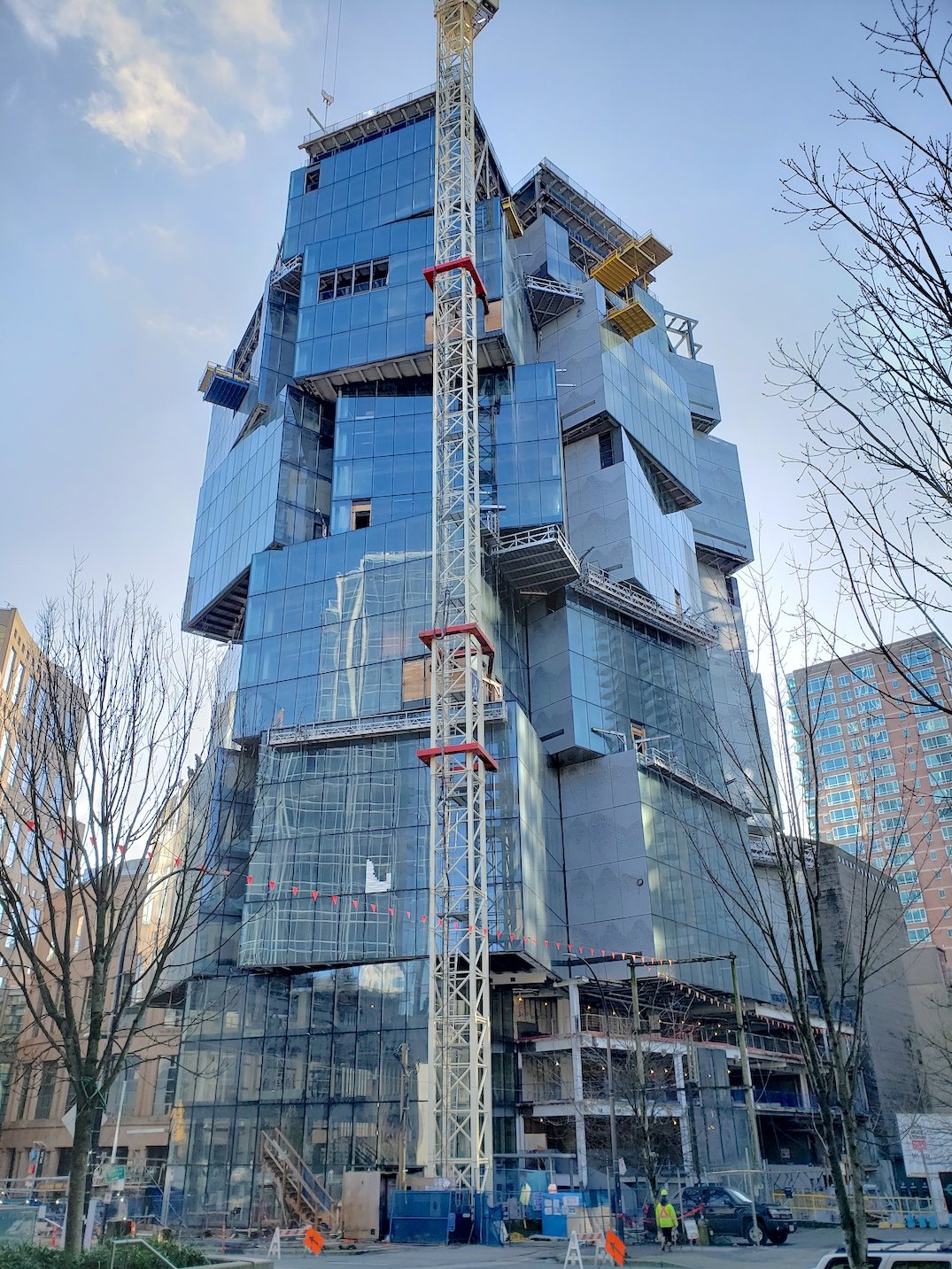 Burnaby condo tower – Westland Corp is planning an ambitious tower development across from Metrotown, at the corner of Beresford Avenue. This two-tower, mixed-use project will consist of a 51-storey mixed-use tower and a 22-storey rental apartment tower. The design of the two towers will be defined by their unique exoskeletons, with inspiration drawn from the tulip flower, and a white and grey colour scheme. 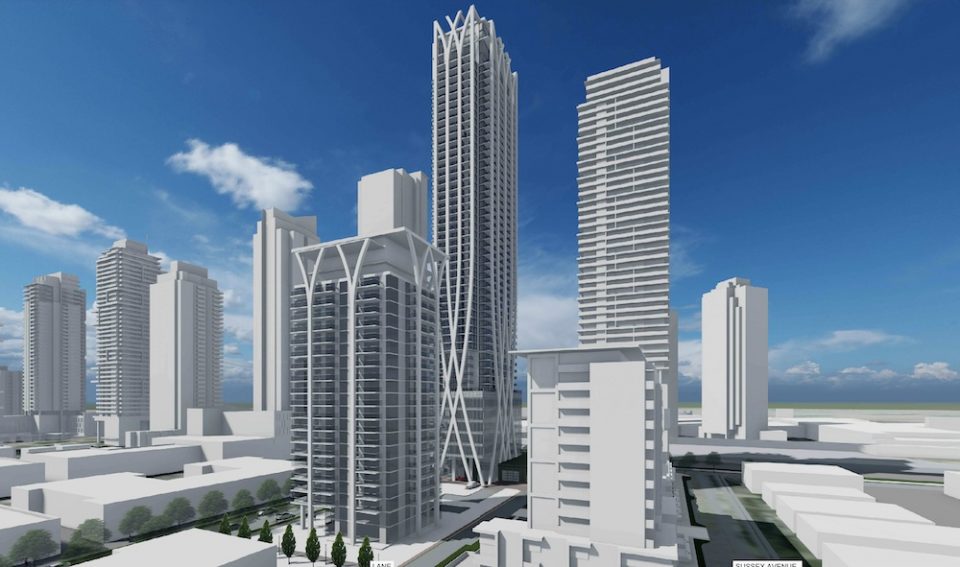