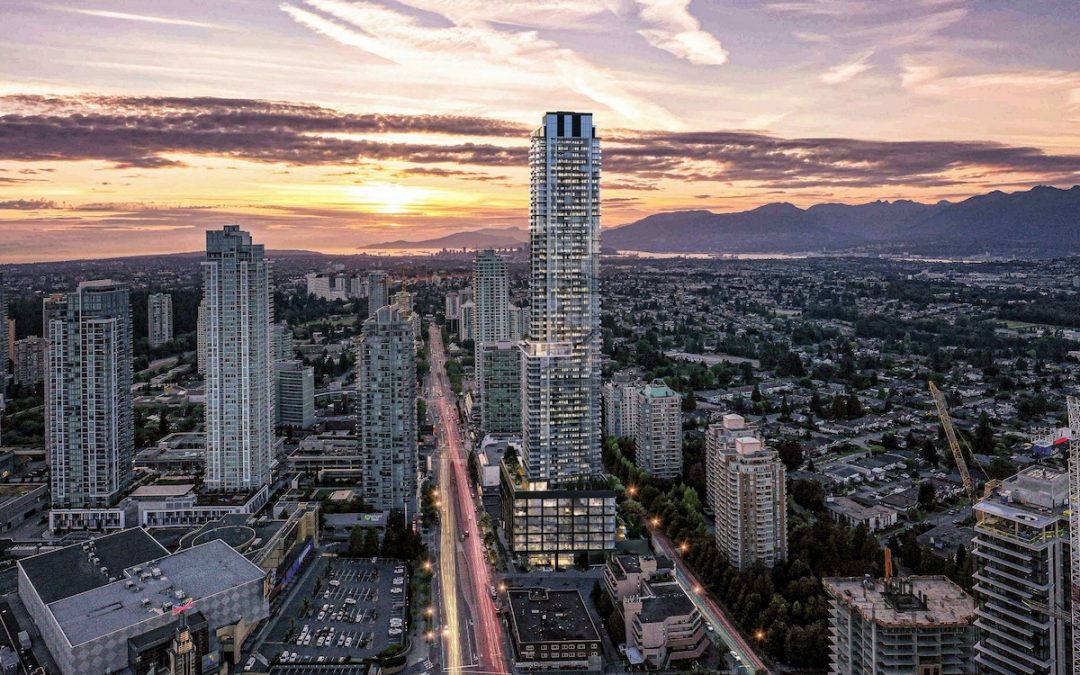 Metro King tower – A future tower proposed by Anthem Properties – dubbed ‘ Metro King’ – is slated to become one of Metro Vancouver’s future tallest towers. This mixed-use redevelopment in downtown Metrotown will call for a 692-feet-tall (211 metres) tower with 66 storeys, immediately north of Metropolis at Metrotown shopping mall. Renderings depict a mix of condominiums units, office space and a minor restaurant at ground level. The tower’s design shows clean expressionist elements that are inspired by humanist architecture and the Pacific Northwest modernist character, with sleek, refined colours and visually interesting geometric shapes. This future tower, elegant and simple, will be a bold new addition to the Burnaby skyline. 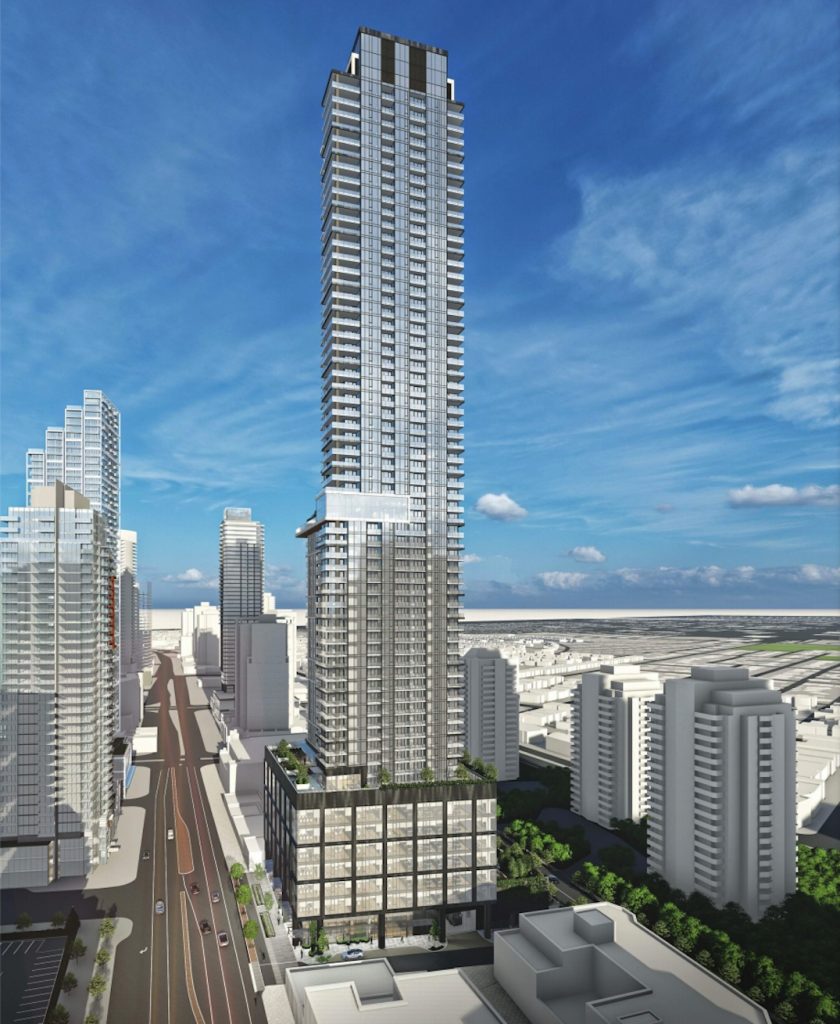 Amazon Distribution Centre – Amazon has a massive robotic distribution centre in the works – a 450,000 SF fulfillment centre at the Port of Vancouver’s Richmond Logistics Hub. Details are still scarce but this massive centre will be one of five new distribution centre in Metro Vancouver with the other four centres to be located in Vancouver, Pitt Meadows, Delta and Langley. Amazon has invested more than $3 billion in British Columbia over the last decade and has experienced exponential growth in online shopping in Canada overall during the COVID pandemic. These upcoming projects will also bring 2,000 new jobs to the province. 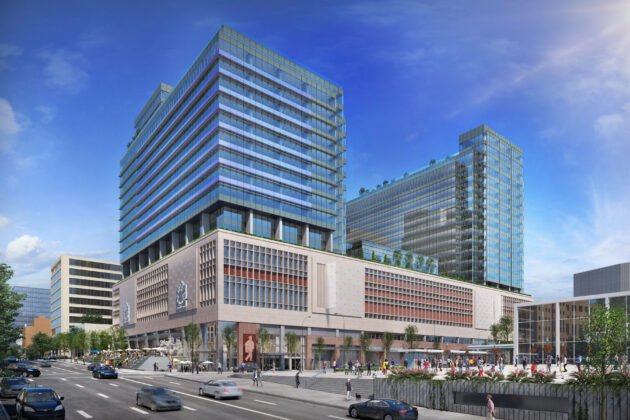 Surrey-Langley SkyTrain – Last week, Prime Minister Justin Trudeau announced $1.3 billion in funding for the Surrey-Langley SkyTrain, an extension of the Expo Line from Surrey Centre to Langley Centre in a single phase. This will be a 16-km-long, elevated expansion of the Expo Line, involving eight new above-ground stations, three bus exchanges, park-and-ride facilities, a major new additional train yard and the acquisition of 30 additional SkyTrain cars. Preliminary construction has already begun, starting with utilities relocation and land clearing. Major construction will begin late 2022 with a completion in the middle of this decade. This means Metro Vancouver will have two simultaneous, partially-overlapping SkyTrain construction projects, with construction on the Millennium Line Broadway extension now underway for a 2025 opening. 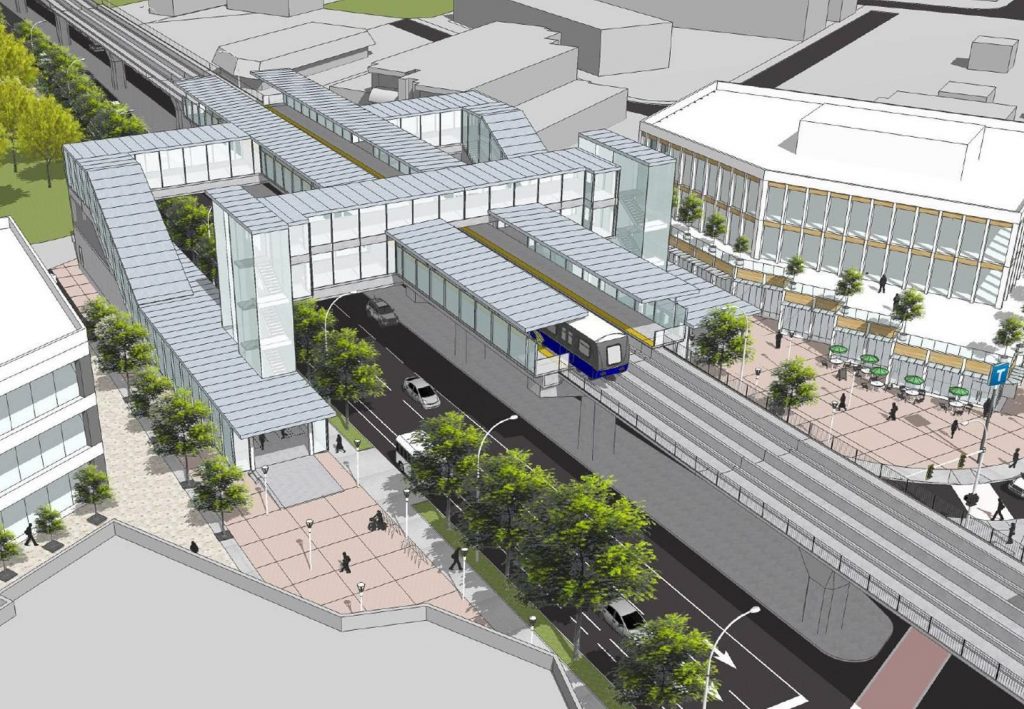 Vancouver ‘Jenga’ tower – Nearly four years after approval, the much-anticipated, landmark ‘Jenga’ tower named Fifteen Fifteen will now move into the pre-sale stage. The reason for its architectural significance is not only derived for its highly unconventional design, but also its internationally renowned architect, German Ale Scheeren. This project is Scheeren’s first North American residential building and the only one in the world where he has designed both the interiors and exteriors. Bosa Properties’ Fifteen Fifteen features 18 cantilevered Observatory Residences – these units feature dramatic glass-enclosed cantilevered forms that protrude outward from the tower’s middle and upper sections. These protrusions serve the break the verticality of the tower and make a clear connections between the natural environment and one’s personal space. 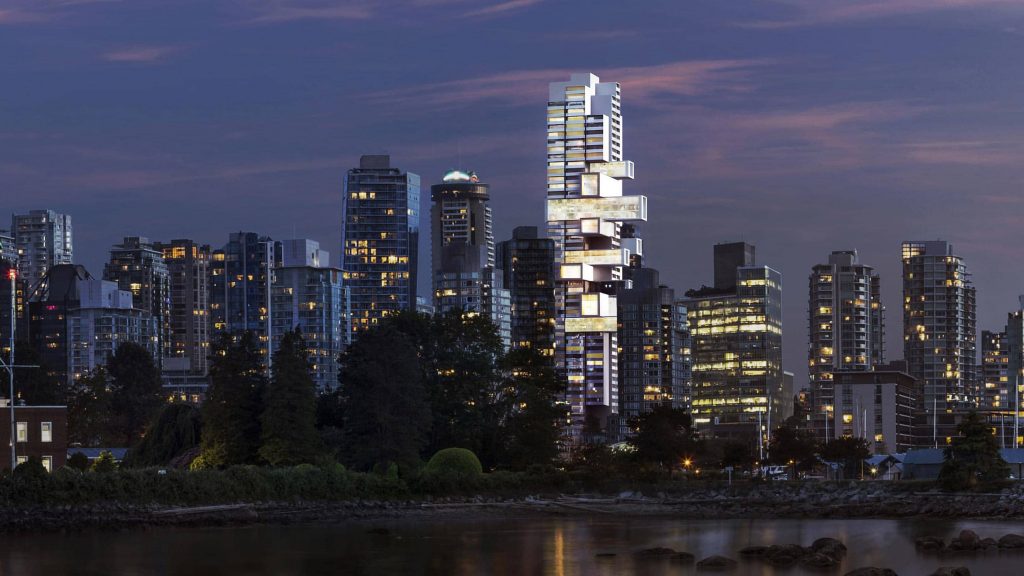